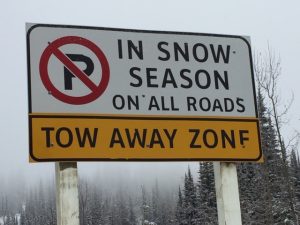 Your AGM - Mark the Date!

The AGM will be held at the NATC on December 28th with registration beginning at 3:00 PM and the Meeting at 4:00 PM.  A reminder that if you have not renewed your membership for 2020 you should do so now to allow you to attend and vote at the meeting.  To renew your  membership, go to the SSPOA website: http://www.sspoa.ca/renewals/.  You can also pay at the registration desk on the day of the AGM.

The agenda will see reports on activities over the last year with updates on Silverhawk and Stargas. We will also be discussing the proposed changes the RDNO has planned for the Silver Star Transfer Station this summer.

There will be two delegations making presentations:

Silver Star Mountain Resort:  Ken Derpak will provide an update on What’s New for this winter season, not the least of which will be more information on the recent announcement of POWDR Corp’s acquisition of SilverStar, the new Master Plan, the new Master Development Agreement and how it impacts the Guests, the Staff, and the Community.  The presentation will culminate with an open Question & Answer from the attendees, time permitting.

No Parking Season in Effect

There is a new road maintenance contractor this year, Acciona Infrastructure Maintenance Inc. (AIM). The SSPOA has had a number of conversations with AIM on snow clearing issues. A continuing concern is parking on the roads as this affects not only snow removal but also Resort Shuttle Bus service. AIM has suggested that the rental suites clearly post notices in the units that there is no parking on the roads at any time. If a vehicle is impeding snow removal equipment AIM will be Calling the BC Ministry of Transportation and Infrastructure to have the offending vehicles towed.   If residents on the mountain have any issues regarding the roads, whether it be illegal parking or quality of snowplowing, please call AIM directly on their 24 hour service line – 1-866-222-4204.

The Lobby for Regulatory Oversight of Silverhawk

The SSPOA is continuing our campaign for legislative change so that there is regulatory oversight of wastewater monopolies. Part of that campaign saw the SSPOA participate in the BC Utilities Commission (BCUC) Indigenous Utilities Inquiry. While not directly applicable, the challenges at Silver Star did provide some insights for consideration by the Panel conducting the inquiry.

Of note was a quote from the SSPOA’s presentation in the report (page47):

“Waberski submits that if a utility is a monopoly and rate payers are funding more than direct operating costs, it should be regulated in order to protect the ratepayer, regardless of who owns the utility. Waberski states that with no oversight there is no mechanism for accountability except the courts”

And an important recommendation in the report (page 74):

“the Panel is of the view that all BC residents, irrespective of their residency or status, ought to have access to protection from monopolies. The fact that the Legislature eventually saw fit to make BC Hydro, along with other public utility energy providers, subject to BCUC regulation would at least suggest that from a policy perspective, the absence of any regulation was eventually perceived as something that is undesirable and far from ideal.”

Union of BC Municipalities (UBCM) Recommendations for Regulatory Oversight

In early September the SSPOA wrote to the Minister of Lands, Forests, Natural Resources Operations and Rural Development (FLINRORD) who is responsible for the Water Comptroller and who we feel, should be providing oversight for wastewater along with their oversight of private water utilities. The letter outlined the long history of requests by the UBCM beginning in 2002 and summarized the lack of government attention to the matter. The UBCM has made 4 separate requests for wastewater oversight in this period. The letter can be found at https://www.sspoa.ca/wp-content/uploads//SSPOA-Letter-to-Minister-Doug-Donaldson-September-9-2019-_.pdf

The SSPOA has also met with our RDNO representative and staff on multiple occasions to explore mutual opportunities to address the sewer monopoly at Silver Star. RDNO Director Amanda Shatzko took our information to the UBCM convention held in Vancouver September 23-27 and met with government officials in support of our request for oversight.

Silverhawk’s duty as a utility under common law

In August the Board of Directors of the SSPOA gave the Utility Services Committee the go ahead to develop the strategies and the Silver Star Sewage Action Fund approval to consider the budget required to fund the approved strategies to challenge Silverhawk sewage rates. With 595 units having committed or contributed to the fund, the SSPOA Board felt that with almost 60% of residents and commercial operators in support that we should begin to seek solutions to bring our sewer rates in line with normal rate expectations.

After a considered review of the options by the SSPOA Board, the SSPOA has decided to pursue an accounting of the $1.3 million in Capital Upgrade Reimbursement Funds (CURF) and the additional capacity funds collected through new construction.

To further explain the CURF, you will recall that in 2012 Silverhawk was required by the Ministry of Environment to add a “nutrient removal process”.  Funding fell to the ratepayer at Silverhawk’s insistence via a contribution into a Capital Upgrade Reimbursement Fund over three years starting in 2013. The only reference to the budget or accountability for this capital improvement was in the 2012 newsletter where it states “Silverhawk has budgeted in excess of $800,000 for this latest treatment plant upgrading”. The SSPOA undertook a survey of the ratepayers in 2018 and determined that Silverhawk had collected between $1,176,700 and $1,384,400. In the 2019 Silverhawk Newsletter that accompanied this year’s sewer invoice Silverhawk finally acknowledged that they did in fact collect $1.3 million. The SSPOA has posted this newsletter on the Association’s website see: https://www.sspoa.ca/wp-content/uploads//silverhawk-newsletter-2019-.pdf

Additionally, Silverhawk has been collecting additional capacity funds by charging new construction an “extra pillow” fee over the period 2008 to 2019. The SSPOA has obtained a listing of all building permits from this period to determine how much capacity funding Silverhawk has collected. If you built during this period, we are reaching out to discuss the extra pillows you were assessed.   All information will be kept confidential and only aggregate amounts will be disclosed. Please contact us at utilities@sspoa.ca

Have you examined your last Silverhawk Utilities closely? The fixed fee and usage charges were increased by 5% and the historic 15% reduction for on time payment has been reduced to 5%. That is a 15% retroactive increase for the 2018 calendar year and the first notice of this increase was your invoice, with no explanation!

The Board of Directors would like to thank the Strata Corporations, businesses, and individuals who contributed to the Sewer Action Fund, in particular those who contributed more than their 10% (or 20% for vacant lots). Also, our thanks to the members of the Silver Star Sewer Action Fund Committee whose volunteer time to provide the Board with their oversight of the fund is valued and appreciated.

Your support has allowed the SSPOA to begin to take action beyond frustrated rage, to ensure that Silverhawk Utilities respect our rights as rate payers. If you haven’t made a contribution, you will benefit from any progress that is made with establishing a proper relationship with Silverhawk. We would ask that you shoulder your fair share of this burden and join your neighbours in this effort. You can find information on how to participate at https://www.sspoa.ca/how-to-contribute-to-the-fund/

Remember the greater the participation, the more noticeable the voice to both Government and our Wastewater Utility!

Stargas 2019 Rate Review by the BC Utilities Commission (BCUC)

You will recall the efforts of the SSPOA in 20016/2017 when they went before the BCUC as an intervenor with respect to our natural gas provider, Stargas Utilities Inc.  In those proceedings, Stargas offered a $0.45 per GJ reduction which was adjusted to only $0.30 by Stargas at the end of the proceedings. Through the intervention by the SSPOA on behalf of the rate payers, the BCUC awarded a reduction of $1.61 per Giga Joule on the delivery rate on Stargas charges.

Also, as part of the order the BCUC stipulated:

When asked to confirm the anticipated timing of filing Stargas’ next delivery rate application, Stargas responded as follows:

Stargas anticipates that the rate established pursuant to this proceeding will apply through the balance of the test year and its fiscal years ending May 31, 2018 and 2019. Stargas expects to enter into negotiations with FortisBC Alternate Energy Services Inc. in the spring/summer of 2019 (our current service contract runs to November 30th, 2019)… As well, Stargas, from June 1st, 2019 forward will record sharply reduced amortization in its accounts. Accordingly, Stargas expects to file an application to amend its delivery rate together with a refinancing application, to establish rates effective from June 1, 2019.”

The BCUC directed Stargas to submit an application for a revised delivery rate by July 31, 2019.

The owner of Stargas, Mr. Blumes attended the SSPOA Board meeting on July 22nd informing us that he had requested and received an extension for filing to September 15th.

That date passed and no notice was received nor was there a posting at the BCUC. An inquiry was made to the BCUC on October 22nd and we were informed that Stargas had received an extension until March of 2020.

Stargas explained that the delay is due to issues in setting up a new technical and emergency service provider to replace Fortis Alternate Energy Services (FAES) whose 10 year contract expired at the end of November.  FAES will continue to provide these services until Stargas has everything in place at which time Stargas will be filing their Rate Review with the BCUC.