Nick Arkle is the CEO, for Gorman Bros. Lumber based in West Kelowna, BC. Prior to thi position, he had been the Chief Forester of the company since 1991. Nick graduated from the University of BC in 1984 in the ‘Bachelor of Science in Forestry’ program. He obtained his Registered Professional Forester status in 1987.

He has represented the forest industry, and its interests, on many regional and provincial initiatives and was the chair of the Council of Forest Industries (COFI) between 2011-2014.

Nick has been involved over the years as a council member of the Association of BC Forest Professionals and served as President for 1999-2000. He was an appointee director of the Kelowna Chamber of Commerce, for over 10 years, representing the Forest Industry as well as a Co-Chair of the Okanagan Partnership.

Nick is a director of a Kelowna based non-profit organization ‘Hope for the Nations’ through which he has overseen the operations of children homes in the Himalaya since 1990. He and his wife have recently partnered in a new project in the Solu Khumbu (Everest region of Nepal) working alongside Nepali (Sherpa) nationals to promote education and learning amongst the women in the area.

Robert Foord. was born and raised in Vernon, BC and attended Okanagan College prior to graduating from Simon Fraser University in 1984 with a degree in Business Administration.

Robert holds a Director designation from the Institute of Corporate Directors and serves on the SFU Beedie Advisory Board as well as the Kal Tire Partnership Board.

Robert joined Kal Tire in 1987 and has since held several roles throughout the business. In 1998, Robert became a partner at Kal Tire and joined the company’s Senior Management Team, eventually taking on the role of Senior Vice President for Kal Tire’s Mining Tire Group. In 2009, he became President of Kal Tire, a position he still holds.

Craig Leverman, MBA, MA, B.Ed. brings a wide range of experience to the Committee.  He received his Masters Business Administration from Queen’s University, specializing in Finance and Marketing.  Craig completed his Masters in Urban Sociology from Carleton University. He has served as President, Vice-President and Director of Membership for the Kalamalka Country Club.  Craig is the past Chair of the Transportation Advisory Committee for the City of Vernon.  He serves as a Judicial Council member with the BC Teachers’ Federation, and is the executive member responsible for Occupational Health and Safety for the Vernon Teachers’ Association and Co-Chair of the District Joint Health and Safety Committee for the Vernon School District.  He has also taken on the duties as the President of the Strata Council for Silver Creek Lodge at SilverStar Mountain and is a Board Director for the Caetani House serving as the Society’s’ Treasurer.

James Allan (Al) Thorlakson is the Executive Chairman of Tolko Industries Ltd. Mr. Thorlakson graduated from the University of British Columbia with a Bachelor of Applied Science degree and subsequently obtained his Professional Engineer designation. In 1972, he was appointed President of Tolko and in 1981, Chief Executive Officer. In 2010, he retired as CEO, taking on his current role as Executive Chairman. Mr. Thorlakson is a Director on four other Corporate Boards.

Rob Tupper B.SC., BCLS, is the President Monashee Land Surveying and Geomatics Ltd., has been working in the surveying industry since 1989 and graduated from the University of Calgary’s Department of Geomatics Engineering in 1997. He was commissioned as a B.C. Land Surveyor in May of 2000. Rob has worked extensively with clients in land development projects and completed, numerous large-scale survey projects in remote areas of British Columbia, Alberta, Yukon, Nunavut Territories and Africa.  He also provides land development consultation services to residential and commercial clients. 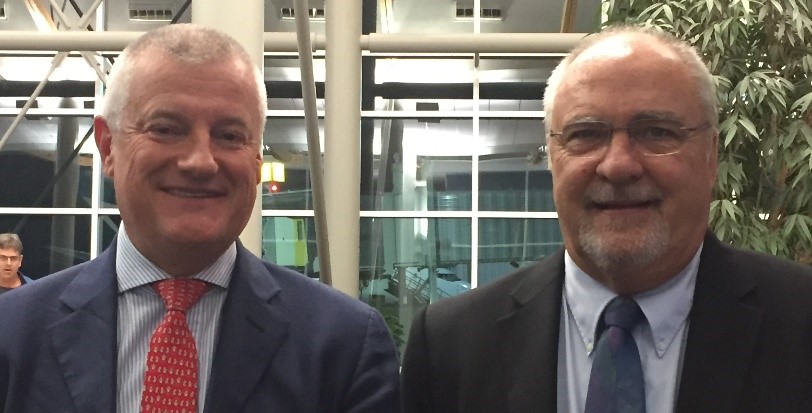